Yoshinaka Kiso made a Hachimangu Shrine when he built a castle in this area.
At the age of 13, he had a coming-of-age ceremony, changed his name to Kisojiro Minamoto no Yoshinaka. When he was 27 (1180), he lead an army of 1000 to rise against the Taira.
Since then, the shrine is called Hataage-Hachimangu Shrine and are prayed for its blessings for success. (Hataage: rise against)

The big Japanese zelkova tree standing at the side of the shrine pavillion was planted to celebrate Yoshinaka's coming-of-age. It is now about 800 years old. (12m round,30m tall)
Though being hit by lightning, damaged by typhoon, it still stands as a sacred tree.
Next to the big zelkova tree, there is another zelkova planted as a successor sacred tree which is now 150 years old. (3m round, 25m tall)

Yoshinaka Hataage Festival is held every year on August 14th. 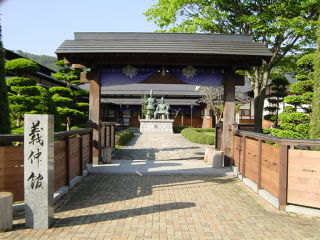 This course allows you to visit various places related to Yoshinaka Kiso.
Starting from Tokuonji temple - a family temple of Kiso family an... 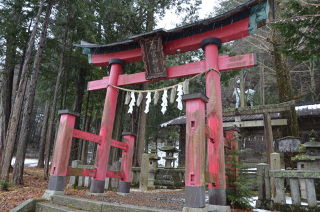 Nangu Jinja Shrine was originally located in a different place but when Yoshinaka Kiso built his castle in the area, it was moved to where i... 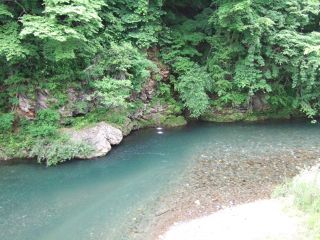 Tomoegafuchi/Tomoebuchi was named after Tomoe, a lady who grew up with Yoshinaka Kiso and who became his lifetime partner. It is a deep part... 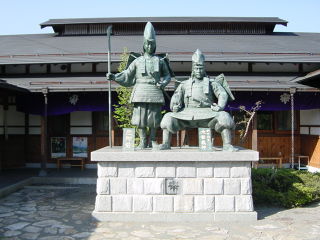 Yoshinaka Yakata is a museum for Yoshinaka Kiso, a Shogun who grew up and raised an army in Kiso.
From the pictures and dolls exhibited, yo... 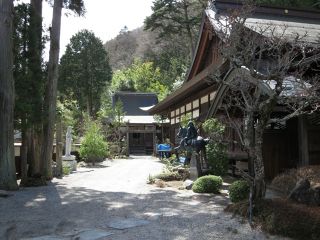 Tokuonji temple is the family temple of Yoshinaka Kiso.
He entombed his mother in 1168.
You will find the grave of Yoshinaka and Tomoe Goz...